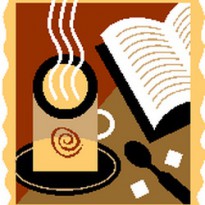 The Guardian of Eden 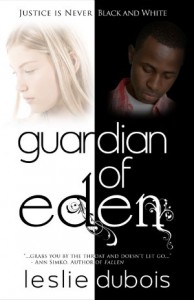 To say that The Guardian of Eden deals with complicated issues is an understatement. This book portrays child neglect and abandonment, dysfunctional family drama, child abuse, physical abuse, emotional abuse, drug abuse, alcohol abuse, incest, molestation, and murder. When we first meet Garrett he is a happy 5 year old child living with his paternal grandmother. He has never met his parents and only knows that his father is in prison. It is not until his grandmother dies that he meets his mother, his very pregnant mother - Holly. He is stunned to find out that she is white, and her boyfriend at the time is stunned to find out that her son is black. His mother shortly gives birth to Garrett's half-sister, Eden and his life begins to dramatically change.

Over the years Garrett has assumed the role of protector of his younger sister, often missing school to take care of her, as well as tend to his mother. Not to sound trite, but to say that Holly has issues is again an understatement. She is needy in so many ways and often attempts to drown her sadness and sorrows in alcohol or drugs, which means neglecting not only herself but her children. Things seem to change for the better when she meets and then marries a successful photographer, Corbin. Corbin decides he wants to make them all a real family and tries to adopt Eden and Garrett. This decision results in Garrett meeting his birth father for the very first time, in prison. Even though there is apparently a stable adult in the picture, Garrett still insists on protecting his mother and Eden. It doesn't help that at only 11 Eden is 5'8" tall and beautiful. None of these people are perfect, although they may appear to be superficially. They are all tall, beautiful, smart and flawed. Garrett evidently scored a perfect SAT score when he was in the 9th grade and had a 4th grade reading ability when he was only 5 years old. Both he and Eden show an aptitude for the linguistic arts and are quite fond of poetry.

Enter Madison McPhee, the daughter of a US Senator and presidential candidate. She and Garrett hit it off immediately and begin a tumultuous relationship. Madison is somewhat afraid to tell her father about Garrett but only because her father is extremely over-protective. Eden is jealous of all of the time that Garrett is spending with Madison. Garrett is feeling that he's letting Eden down and is considered inferior by Madison. Just when you think things couldn't possibly get worse, Eden is hospitalized and it comes out that she was raped.

I enjoyed this story up to the end. I found it hard to believe that Garrett could receive "psychological treatment" for a number of years for his "anger management" issues and nothing ever be resolved. Why doesn't the psychologist suggest a referral to another counselor if he isn't able to help? Why doesn't the social worker step in and try a different counselor if this is an ongoing issue? I know, children fall through the cracks of our social services system daily, but this didn't seem to make much sense. The story is often gritty and ugly but then so are the indignities these children are forced to suffer. This is not a light-hearted read but it does pack a punch.